Some of our movies can be found on our Youtube channel.

The Discrete Charm of Geometry

A team of mathematicians is working together on a big project. Excitement of discovery, hope and disappointment, competition and recognition are shown from an infinitely close distance. Scientists united by the idea of discretization, which, in short, means: constructing continuous objects from basic building blocks. Akin to the scientists’ search for the right discretization of continuum, this film itself is composed of fragments – individual characters of different ages, temperaments and scientific approaches – which form a single continuous melody. The question of where the boundaries lie between mathematics and the lives of those who are involved in it and how much they are willing to sacrifice is as important as the search for precise scientific answers. A unique and unprecedented dive into the unknown world of mathematicians. 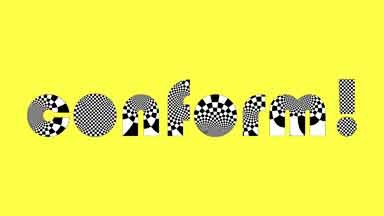 How can you make good flat maps of the round earth?' Our story begins with Mercator's world map of 1569, the first angle-preserving (or 'conformal') world map. His idea fell on fruitful soil, from which a new branch of mathematics has developed. The movie shows some of the highlights of this development, yielding a series of elegant visual forms which arise as 'conformal maps' on a variety of surfaces in 2- and 3-D. Featuring non-technical language, a simple aesthetic, compelling animation, and an original score, the movie builds an accessible bridge from everyday experience to a beautiful but little-known mathematical theory that continues to bear technological fruit today in fields such as computer graphics and architecture. 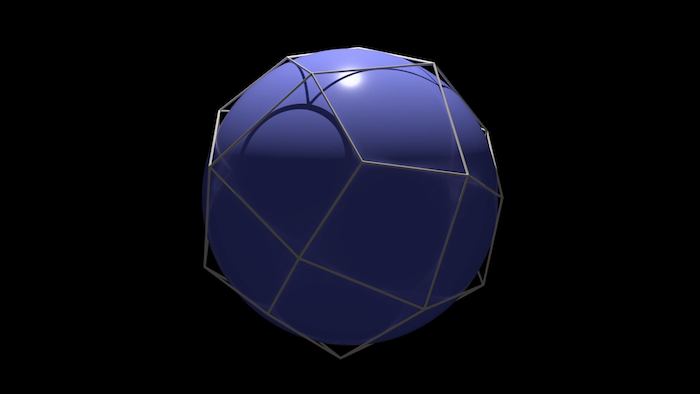 Saxonia-Entertainment produced this documentary in collaboration with the SFB/TRR 109 and the TU Berlin for the MDR which will present it on Sunday, 4th March 2018 at 22:20 h. 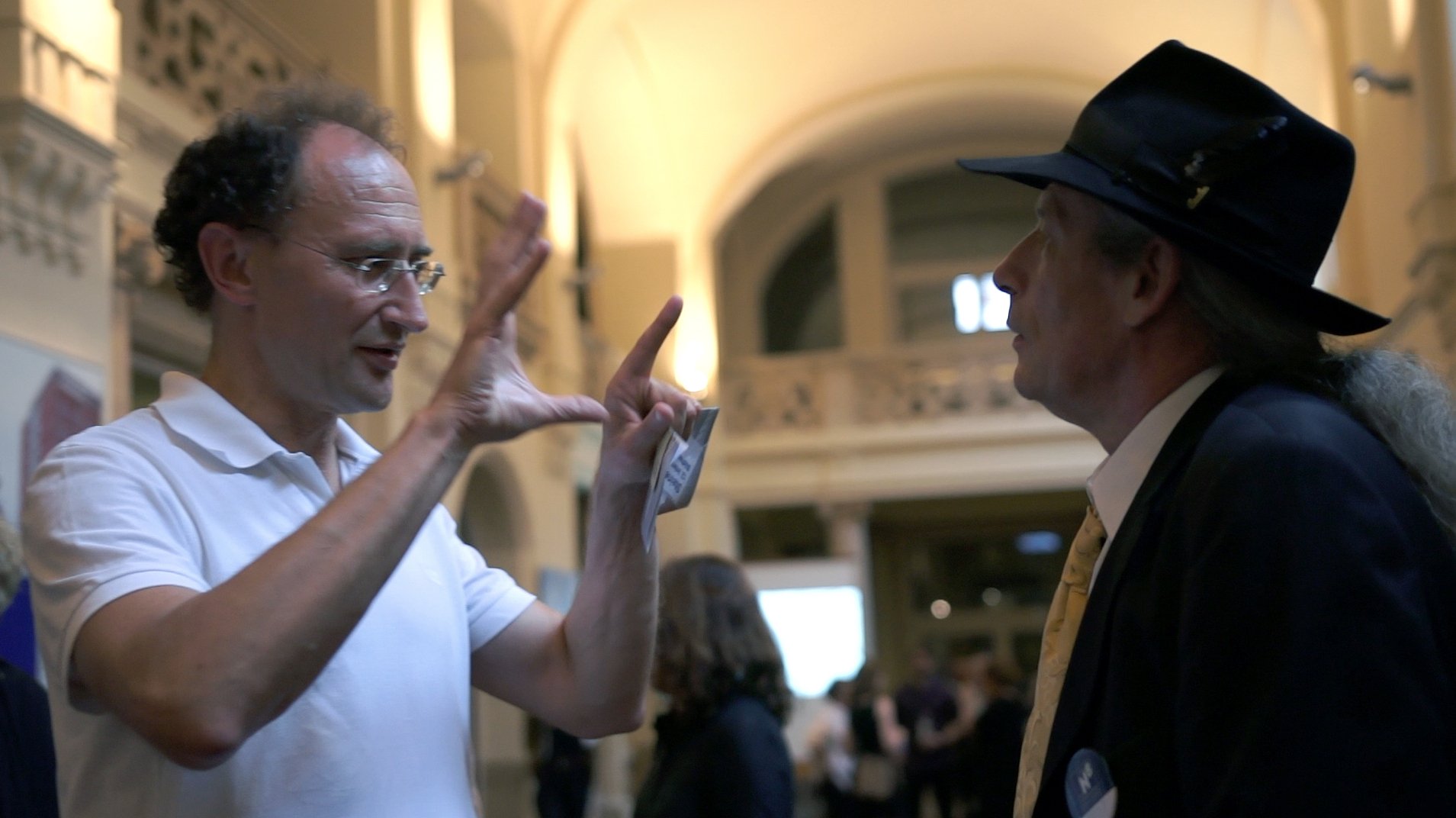 Six university professors of math and physics wanted to share the beauty of their research.They organize a competition with the hope of inspiring artists to create ground breaking pieces, based on modern science.

A jury of six experts in art, fashion and architecture were invited to judge the results. One may think, that in contrast to mathematical beauty, artistic beauty can be appreciated without a complete understanding.

Unexpectedly, mathematical rigor is replaced by artistic rigor; the overconfidence of scientists in the beauty of their research clashes with the modern artists world view.

Math Circles Around the World 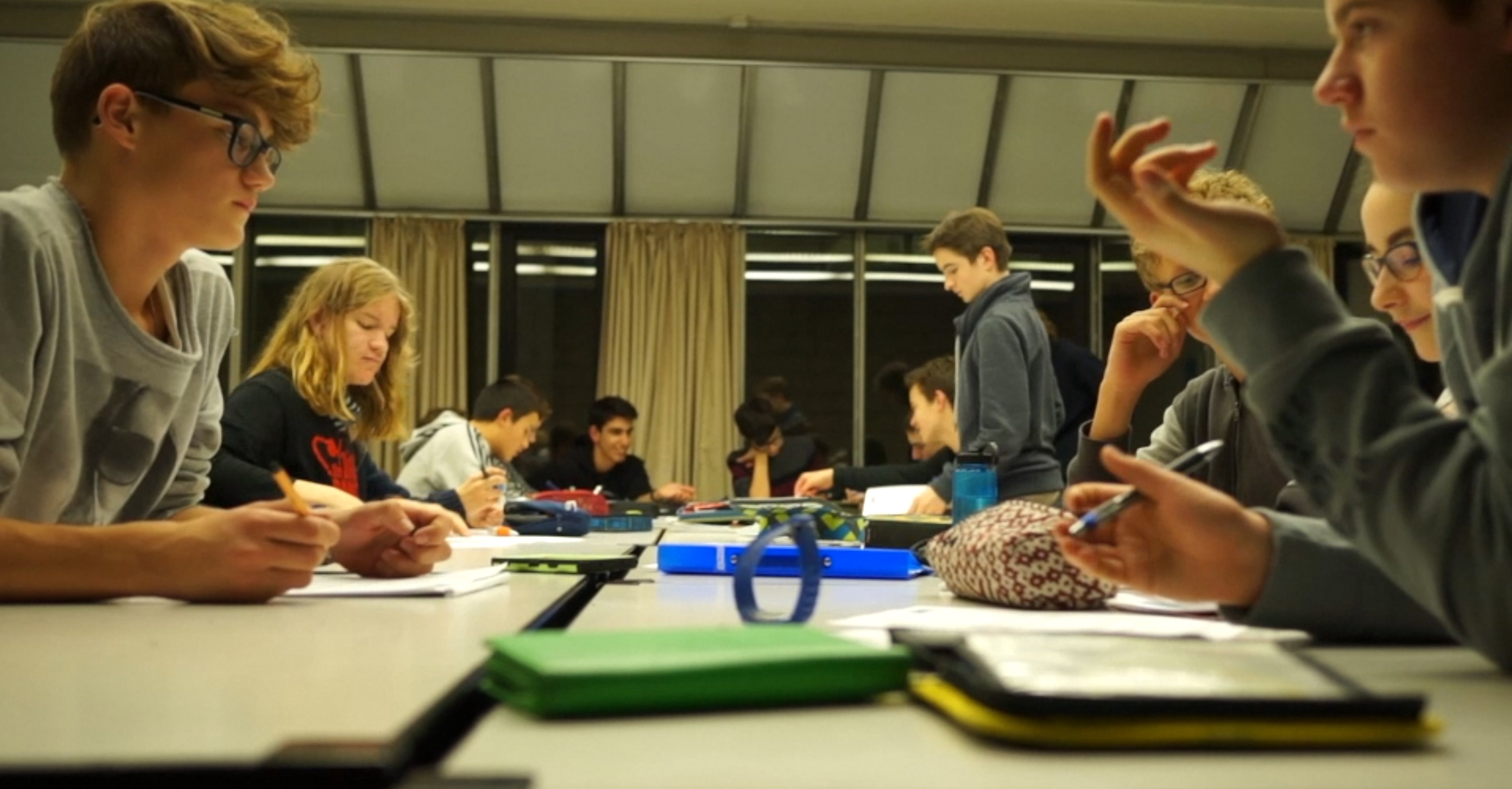 Every week, hundreds of children in different cities of the world meet to solve complex problems. Who they are, why they do it and how, in the movie “Mathematical Circles Around the World”. 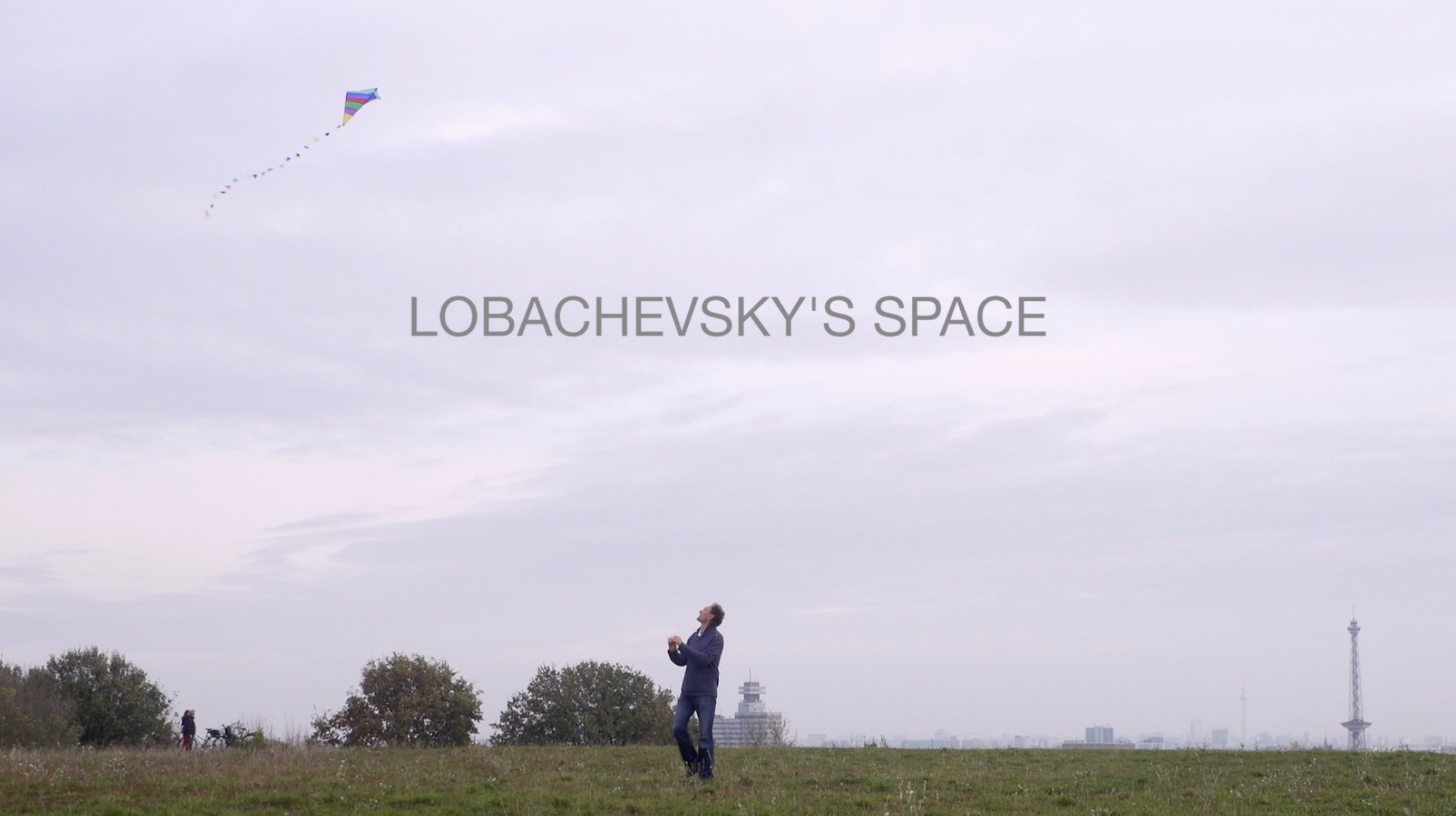 Like in Lobachevsky geometry where the space is in excess and the lines behave unusually, in the film "Lobachevsky space" unusual mathematics is spiced up by a good portion of background history and current politics. Past and present, science and politics, Russia and Germany, Lobachevsky and Gauss are confronted in a polyphonic dialogue. A modern portrait of a lonely genius, rector of the Kazan University, whose pioneering ideas forestalled the development of mathematics and science in general. Lobachevsky story reemerges through the observation of the daily life of scientists in Kazan, Berlin and Göttingen.

We describe a new approach for the purely Eulerian simulation of incompressible fluids. In it, the fluid state is represented by a ℂ²-valued wave function evolving under the Schrödinger equation subject to incompressibility constraints. The underlying dynamical system is Hamiltonian and governed by the kinetic energy of the fluid together with an energy of Landau-Lifshitz type. The latter ensures that dynamics due to thin vortical structures, all important for visual simulation, are faithfully reproduced. This enables robust simulation of intricate phenomena such as vortical wakes and interacting vortex filaments, even on modestly sized grids. Our implementation uses a simple splitting method for time integration, employing the FFT for Schrödinger evolution as well as constraint projection. Using a standard penalty method we also allow arbitrary obstacles. The resulting algorithm is simple, unconditionally stable, and efficient. In particular it does not require any Lagrangian techniques for advection or to counteract the loss of vorticity. We demonstrate its use in a variety of scenarios, compare it with experiments, and evaluate it against benchmark tests. A full implementation is included in the ancillary materials.

Inside Fluids: Clebsch Maps for Visualization and Processing (SIGGRAPH 2017) 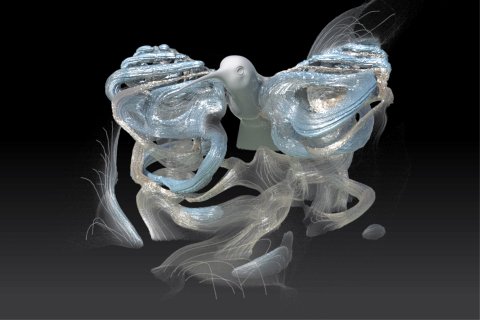 Clebsch maps encode velocity fields through functions. These functions contain valuable information about the velocity field. For example, closed integral curves of the associated vorticity field are level lines of the vorticity Clebsch map. This makes Clebsch maps useful for visualization and fluid dynamics analysis. Additionally they can be used in the context of simulations to enhance flows through the introduction of subgrid vorticity. In this paper we study spherical Clebsch maps, which are particularly attractive. Elucidating their geometric structure, we show that such maps can be found as minimizers of a non-linear Dirichlet energy. To illustrate our approach we use a number of benchmark problems and apply it to numerically given flow fields.

We study the isometric immersion problem for orientable surface triangle meshes endowed with only a metric: given the combinatorics of the mesh together with edge lengths, approximate an isometric immersion into $\mathbb{R}^3$. To address this challenge we develop a discrete theory for surface immersions into $\mathbb{R}^3$. It precisely characterizes a discrete immersion, up to subdivision and small perturbations. In particular our discrete theory correctly represents the topology of the space of immersions, i.e., the regular homotopy classes which represent its connected components. Our approach relies on unit quaternions to represent triangle orientations and to encode, in their parallel transport, the topology of the immersion. In unison with this theory we develop a computational apparatus based on a variational principle. Minimizing a non-linear Dirichlet energy optimally finds extrinsic geometry for the given intrinsic geometry and ensures low metric approximation error.

We demonstrate our algorithm with a number of applications from mathematical visualization and art directed isometric shape deformation, which mimics the behavior of thin materials with high membrane stiffness.

Watch the movie on https://youtu.be/FIVqa794w3U

Read more on the movie home page on https://cseweb.ucsd.edu/~alchern/projects/ShapeFromMetric/

We introduce variable thickness, viscous vortex filaments. These can model such varied phenomena as underwater bubble rings or the intricate "chandeliers" formed by ink dropping into fluid. Treating the evolution of such filaments as an instance of Newtonian dynamics on a Riemannian configuration manifold we are able to extend classical work in the dynamics of vortex filaments through inclusion of viscous drag forces. The latter must be accounted for in low Reynolds number flows where they lead to significant variations in filament thickness and form an essential part of the observed dynamics. We develop and document both the underlying theory and associated practical numerical algorithms.

Watch the movie on https://www.youtube.com/watch?v=oUubW4KYBnA

Read more on the movie home page on https://www3.math.tu-berlin.de/geometrie/wp_padilla/on_bubble_rings_and_ink_chandeliers/